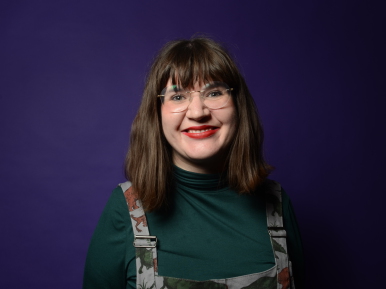 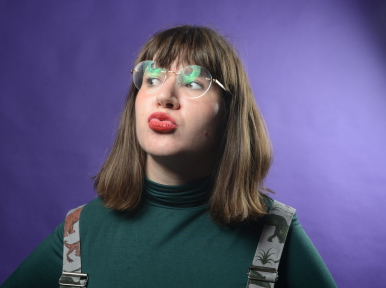 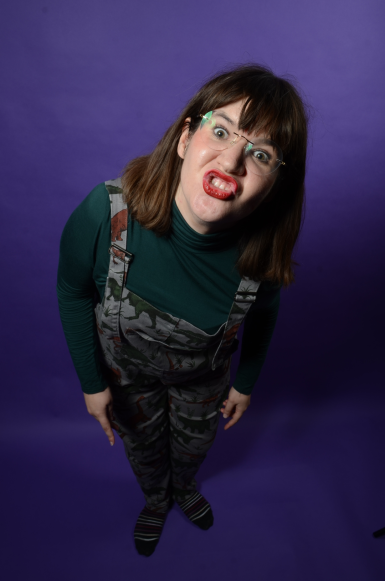 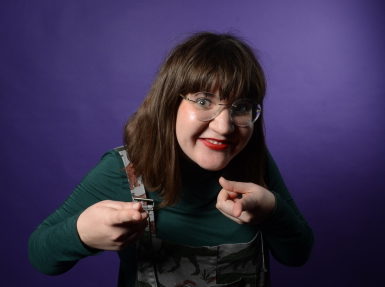 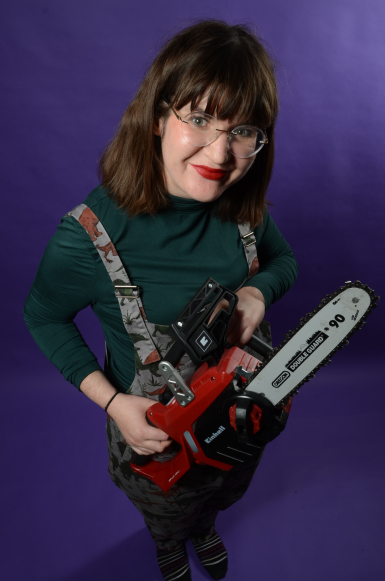 How many gigs have you completed?

When did you begin?

A bizarre mix of wordplay and eccentric thoughts. There is also an occasional impression.

What impressions are you currently working on?

Who are your main influences?

I have interests in loads of comedic areas and eras. I enjoy Pete and Dud, Monty Python, Fast Show, The League of Gentlemen and Cardinal Burns. I am also inspired by Kristen Schaal, Morganna Robinson, Jo Neary and Cariad Lloyd.

What topics do you explore?

I am working on topics such as pop culture, food, gender and social awkwardness.

What are your aims in the comedy world?

To develop tip top material to progress into an hour show.

I have two, the first one is more weird than rude. In my set I used to dance to 'I've had the time of my life' from Dirty Dancing but at one venue a rowdy guy stuffed a £5 note down the top of my trousers like at a strip club. He tried to get the fiver back when I went offstage but I couldn't find it...result was my first paid gig.

I had one quite recently, I was whooping at a crowd for a little too long in my intro and a young lad shouts out 'Is she disabled?' 1. That is very odd and 100% inapropriate, 2. this was right at the start of my set and I had not had this type of response before and so I was put off my stride. 3. Things where made worse by the fact the comedy night was fundraising for a sports team for people with disabilities.

I am a huge fangirl - I have my very own autograph tumblr (and have Reece Shearsmith, Greg Proops and Pappy's Fun Club as followers!)

Who is your Mancrush Monday and Womancrush Wednesday?

Pretty much pizza! In terms of sweets I am more a chocolate person than candy.

Kevin Bacon in Footloose. He had a reason to be angsty, his family had moved into a town that banned dancing.

I won the Friday prize on CBBC when I was younger for doing a drawing of Antony Worrall Thompson as an ant chef on Ready Steady Cook...I was a weird child. But Richard (of Dick and Dom) fame said my name on air.

Something that really helped me was new material nights, as I learnt to be less upset when a joke didn't work, and I got more experienced at working in improv into my set.

1. When an m.c. asked someone what they did, they said they where in a rock band. When asked semi-sarcastically "oh yeah, which one?" The audience member replied "Kaiser Chiefs"...he was Ricky Wilson.

2. Ronnie, who was the writer of the Coco Pops and Flake (only the crumbliest, flakiest) advert jingles.

What is your vice?

What is your top comedy scripted moment?

In series 3 of the League of Gentlemen there is a monolgue by Mark Gatiss and he plays a creepy mortician. It is amazingly acted and written.